Cultural Horizons celebrates the unique cultural connections between Ireland and Mexico. Officially twinned in 2012 with the historic neighbourhood of Coyoacan in Mexico City, Clifden is the location for the Cultural Horizons festival programme.

Taking the shared ancient traditions of Samhain and Día De Los Muertos, the festival programme includes a series of self-guided exhibitions in shop windows dotted throughout Clifden’s colourful streets. It also includes a series of radio shows exploring the core themes of the festival. The programme culminates with a very special candlelit vigil in Clifden cemetery in the heart of the town.

The Cultural Horizons festival programme was scheduled to run from 23 October to 2 November 2020. Unfortunately, due to current COVID-19 restrictions many elements of the programme including some of the exhibitions and the lighting of the cemetery have had to be postponed and we hope to present these in December, should conditions allow.

However, we are delighted to be able to present some elements of the programme as originally planned. These include:

A traditional Día De Los Muertos altar or ofrenda will be on display in Clifden from 23 October to 2 November. The vibrant and elaborate Día De Los Muertos (Day Of The Dead) altars provide a tribute to departed souls and returning spirits. Traditionally the altar will present a colourful array of food, drink, flowers, candles, photographs and a whole host of ornaments and decorations. The Dia De Los Muertos altar can be viewed at The Hair Gallery, Bridge Street, Clifden.

Love to Death is an exhibition of specially commissioned hats by Mexican milliner Gabriela Cortés of Palma Azul. With these stunning hats that fuse Irish and Mexican cultural symbols Gabriela explores themes of bravery, pride, love and mortality in her unique style. The Love to Death exhibition can be viewed at Clifden Arts Festivals office on Bridge Street, Clifden from 23 October to 2 November.

Cultural Horizons is a Galway 2020 Small Towns Big Ideas project produced in partnership with the Clifden 2012 Committee, The Mexican Community of Galway, Connemara Community Radio and the Embassy of Mexico in Ireland.

In Conversation with Breandan O Scanaill

Cultural Horizons has recorded a series of radio interviews with presenter Breandan O Scanaill of Connemara Community Radio. These interviews explore the core themes of the Cultural Horizons festival programme and the cultural connections between Mexico and Ireland. Available as podcasts, listeners can choose from 3 fascinating and insightful interviews.

Jose and Breandan discuss the connections between Ireland and Latin America, and particularly Mexico.  Beginning with the Flight of the Earls and the Irish in the army and court of Spain, Jose also talks about Juan O Donoghue, Jose Coppinger and William Lampart, who inspired the legend of Zorro.

You can listen to Podcast 1 here:

Clodagh and Breandan discuss Samhain and Halloween rituals and traditions explaining the origins of these traditions and tracing their evolution through pre-Christian and Christian times and up to what might now be called “plastic Halloween”.

You can listen to Podcast 2 here:

You can listen to Podcast 3 here: 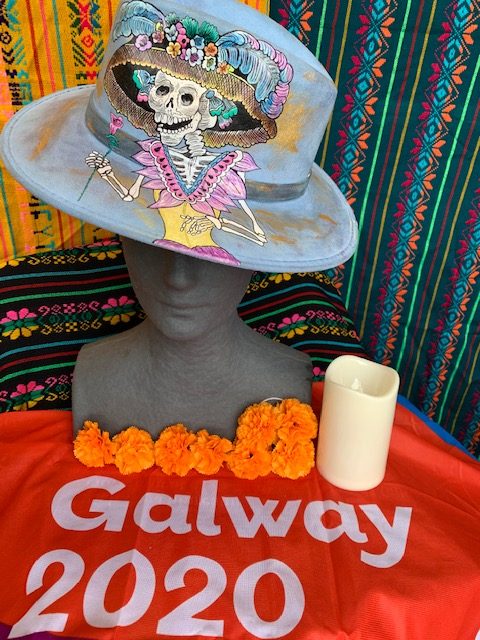 Our Words, One Voice

The Land is on Drugs Webinar